A Call for Solidarity Actions February 22-29

We must not forget the anarchists and anti-fascists suffering repression in Russia! We are calling for people to take action of all forms to express support for these prisoners, to protest the prison system, and to spread information about the use of torture as an instrument of repression in Russia.

Why now? On 10th February, 630 kilometers from Moscow, the court in Penza passed sentence on seven people accused of organizing the so-called “anarchist terrorist community ‘Network’”. This entire case is based on confessions the defendants were forced to agree to via intense torture as well as weapons planted by police and an extremely tenuous accusation that they were “planning to plan terrorist actions to overthrow the government of Russia”. For a “crime” without victims involving no real action and no real plan, the sentences decreed by the court are shockingly high. Dmitry Pchelintsev and Ilya Shakursky, the supposed organizers of this fabricated “Network,” were sentenced to 18 years and 16 years in prison, respectively. The others have been sentenced as follows: Arman Sagynbaev 6 years, Andrei Chernov 14 years, Vasily Kuksov 9 years, Mikhail Kulkov 10 years, and Maxim Ivankin 13 years of imprisonment.

Scientists, journalists, human rights defenders, and other groups in Russia have protested and demanded that the sentence be repealed.

International solidarity is especially important at this moment because the “Network case” is not over. In St.-Petersburg, two more people, Viktor Filinkov and Julian Boyarshinov, await trial on related charges. The next court hearings are planned for February 25-28. This is why we ask that solidarity actions take place the last week of February.

Many other anarchists and anti-fascists in Russia are experiencing repression and torture, including Azat Miftahov, Ilia Romanov, Egor Lesnyh, Evgeny Karakashev, Ekaterina Muranova and Kirill Kuzminkin. They also deserve our attention.

If you have a Russian consulate or embassy in your city, consider organizing an action in front of it!

We will inform the prisoners about any actions that take place.

For more information about the Network case, details of financial support and prisoners addresses: rupression.com

YOUR TORTURE WILL NOT KILL OUR IDEAS! 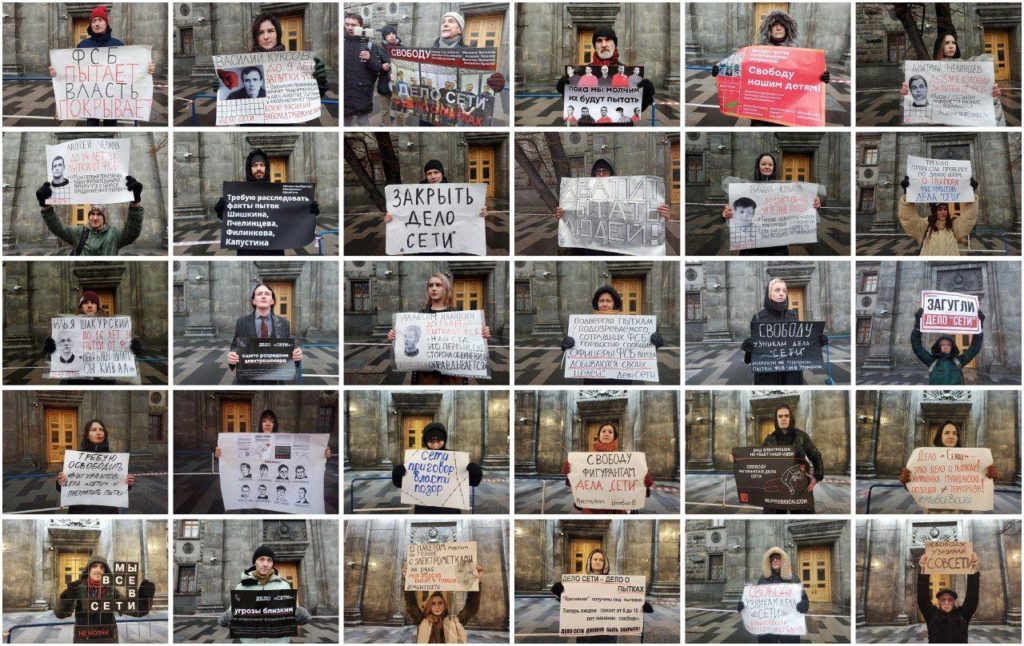